The History of Halloween Makeup 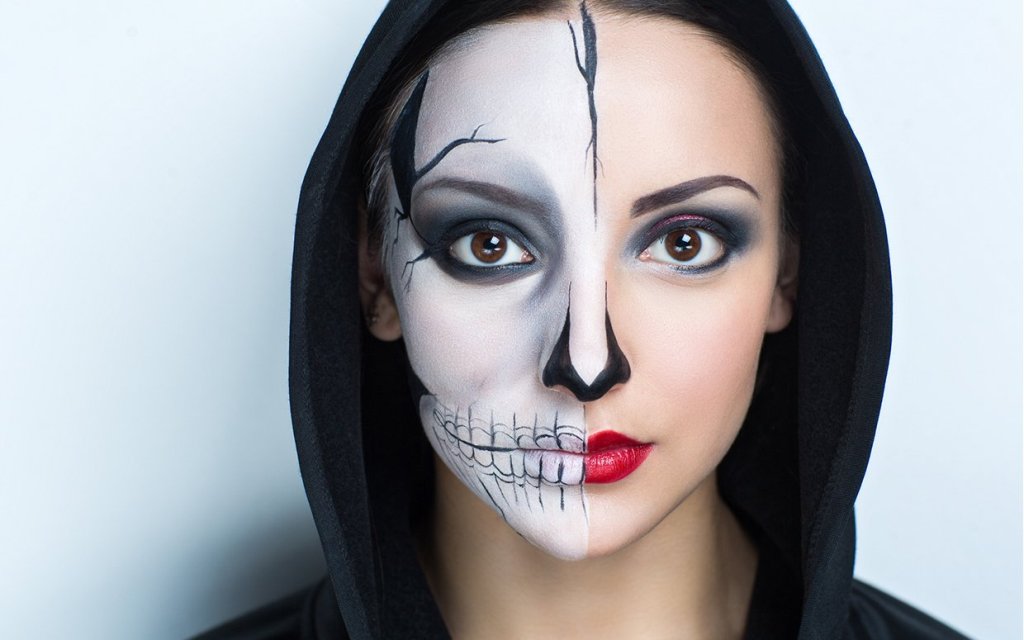 When we here about Halloween makeup, the first thing that comes to mind could be the gory, creepy and resting witch faces. Every year Halloween creeps upon us and with each passing month of creepiness, there are new additions to what Halloween costume donning and makeup should mean. But some of the new stuff is actually borrowed from the past as we shall see shortly.

This is the perfect occasion to put on our resting faces and paint our faces with grotesque for makeup and not worry about how scary we look. So without giving much thought at first about how to take it off, we use generous amounts of paint on our faces to turn our spooky on.

If you are like many people then you consider the newest trends in thrillers that hit the big screens. It begs the question, where do they get their inspiration from also. Any good film would take research and with Halloween, it entails looking backward at the themes of Halloween in the yester centuries.

What Is Unique About Halloween Makeup? Regardless of your choice of character, it’s the level and skill of the makeup artist that you employ that really brings out the spook in your pretty being. But it’s not just about ordinary face painting or pouring paint on your face for that matter, you need the sell. You need to pass for a ghost even to other ghosts if you are to survive this night. And the thought has been carried on for centuries from the very roots of the holiday which marked the New Year celebrations for the ancient Celts.

So to get the best makeup idea this Halloween, what you need is time machine or at least a way to peer into the past and find some gory stuff to do with your face and body. There are makeup historians everywhere but not all of them specialize in Halloween makeup history. Here are some little known facts about the origins of Halloween makeup and a contrasting view of the modern-day practices. Its true Halloween makeup gets more extreme with each succeeding year but only by examining the history of Halloween from its ancient beginnings will reveal the true spirit of the spooky night. For ancient Celts, Halloween’s “makeup” was more of disguise for survival.

They wanted to look just like the roaming spirits to avoid being harmed by the other creatures who visited their world that night. It was believed that Calan night was one in which the wall between the world of the living and that of the dead became thin and blurry allowing souls of their departed to return to this world. Some spirits wreaked havoc and unleashed terror and could harm the living.

Makeup has had mixed reactions when first introduced to some ancient societies. In some, makeup was considered evil and yet in others, makeup artists were adored as gods and goddesses for their transformative work.

Ancient civilizations among the Greeks and the Romans praised the use of makeup while Elizabethan culture shunned the same. Some cultures underwent complete conversion to makeup lovers even though the art was either not known or disliked before. Marie Antoinette popularized what the Elizabethan culture did not and succeeded. No various occasions we see makeup being called out as evil itself if not a representation of vice and evil. The English must have been the first to condemn makeup lead by the group of Protestants called the Puritans.

The Puritans sought to purify the Church of England from the ways of the Roman Catholic Church which they perceived as evil. The group emerged in the 16th and 17th centuries and as keen on abolishing makeup among many other practices allowable in the latter denomination. The Church of England was already protestant but apparently not protestant enough for these folks.

Among other rather radical beliefs, the Puritans considered cosmetics as deceptive tricks women were using to trick men into marrying them. They held make-up artists with the same contempt as witches. They also believed that carrying mirrors was evil and women would see the devil in their reflection. You might wonder why this story has similar traits as Halloween tales. This might be one of the reasons why makeup and mirrors went from representing all evil all the time to a symbol of the same during the Halloween nights. The reasons for Halloween makeup may have changed but there are striking similarities between then and now. We still applaud the most spooky makeups and costumes and enjoy the rush of scaring the living lights out of our loved ones.

Coming into the 20th century, Halloween decorations, costumes, and makeup had to face yet another formidable force, the film and creative industry. Frankenstein, Wolfman, Dracula, and Mummy are now household names and they still influence the trends in costume adorning and makeup. As if in mockery of the Puritan beliefs, witches are a favorite character for cosmetic enthusiasts during the celebration and it’s not uncommon for decorators to include a docking station by the entrance for brooms.

One more practice was rekindled or imitated in and that would be the use of prosthetics. Nose and scar wax was used to create fake impressions of deformed facial features and has proved to be an unmatched convincing Halloween makeup item.

Halloween Makeup 2020 and Beyond We predict a scarier tech savvier Halloween with smart decorations and better makeup kits for enthusiasts. We are likely to continue seeing more prosthetics as they have been very effective this far. Makeup is bound to remain on its current course of being progressively eerier and more realistic every year. Also, we are likely to have even more horror movies to scare us back to the spirit of Halloween and inspire the next generation of Halloween makeup palettes.

It’s the blend of realism and fiction of Halloween that has kept the makeup tradition alive every year, so whichever the theme you prefer next year, it’s your individual uniqueness and your freedom of choosing a character that keeps the Halloween soul alive.

For the ancients Celts, winter was an uncertain, dark and lonely time. Today, we may no longer be struggling with food shortages and diseases but our struggles are real. It’s nice to have a time of year when we cannot only be spooky and friendly to neighbors but also reflect on our social and political age. 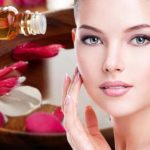 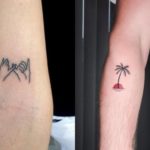 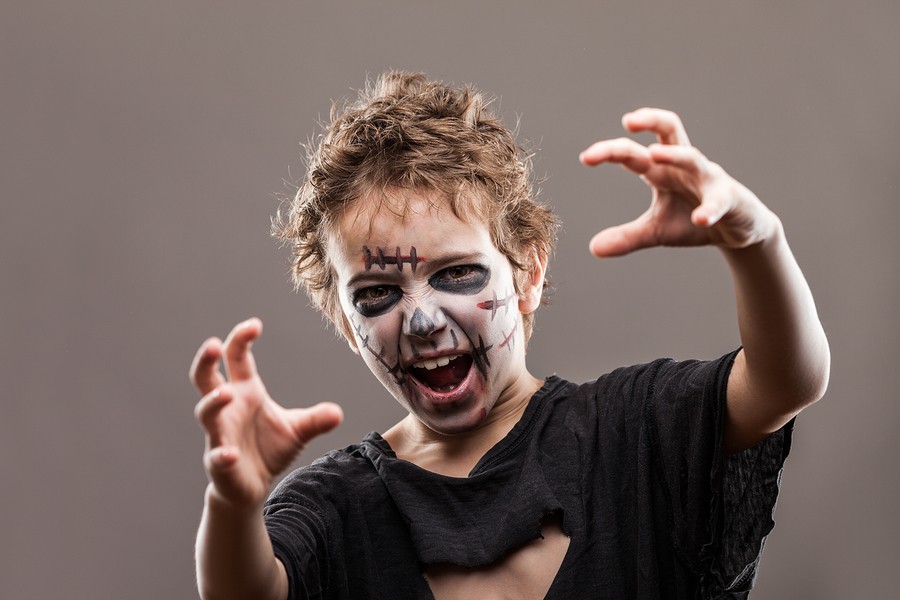 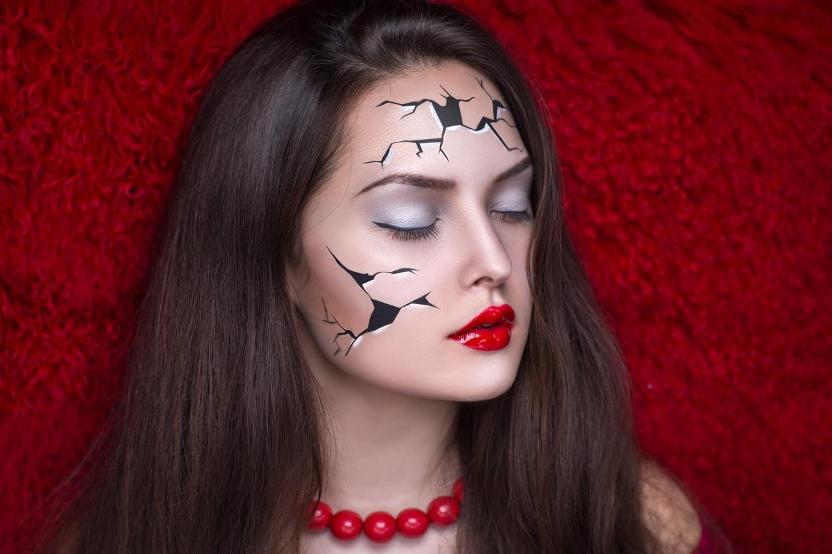 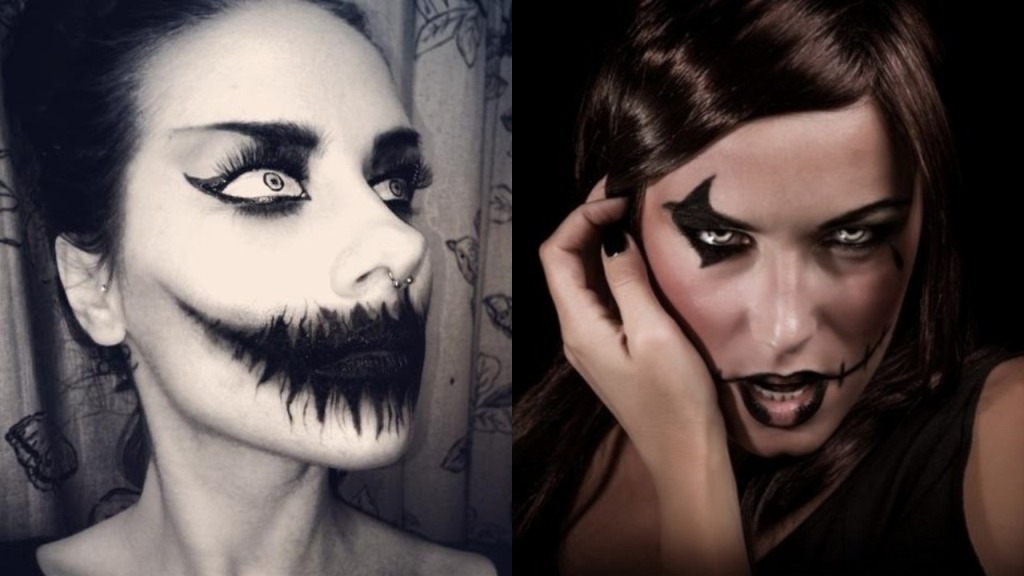