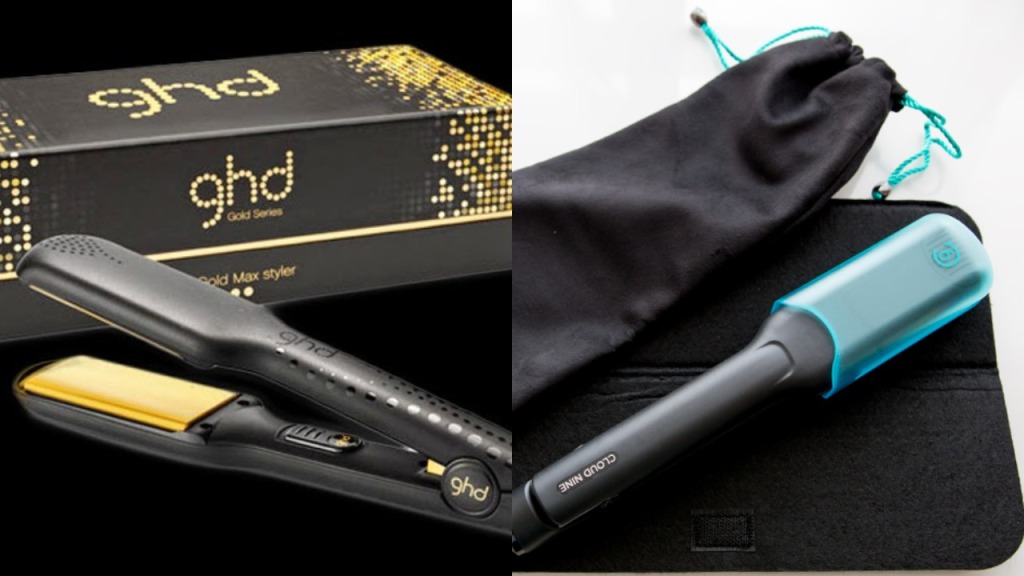 For a larger chunk of this century GHDs have ruled your hair and beauty world and with no major competition from any worthy adversaries. But opposition was soon to come from within when a staunch believer of GHD and cofounder broke off to start Cloud Nine a very serious threat to GHD supremacy. It may not seem like it and the race has been on for quite a while now, actually over a decade and we are yet to find the winner for the best hair straightener category.

On the one hand you have GHD with its incredibly simple and smart technology in all its originality and brand authority and on the other you have a vicious and worthy adversary who already knows the heart of GHD and who founded the brand with the sole intention of stealing the show from GHD. It is no wonder that the Cloud Nine flare went up in 2010 to a blast of instant publicity given that the founder had deep roots in GHD.

The Cloud Nine strategy was simple, attack GHD flagship stockists and swap GHD stocks for their own debut product the Cloud Nine Original Iron. They ventured into a blaze of glory and instantly took control of key high street salons that GHD previously controlled. They were right because nothing puts a hair brand ahead than referrals by reputable hair dressers.

But GHD was not about to let Cloud nine steal the show and their response was the now legendary GHD Gold styler. So you know that we have a hot contest lined up for you today. This right here was and still is one of the most epic Straightener wars and hair care products competition of all time. We examine how the original masters struggled with the new kid on the block for market revenues and effectively the hearts and heads of consumers in the UK market and worldwide. 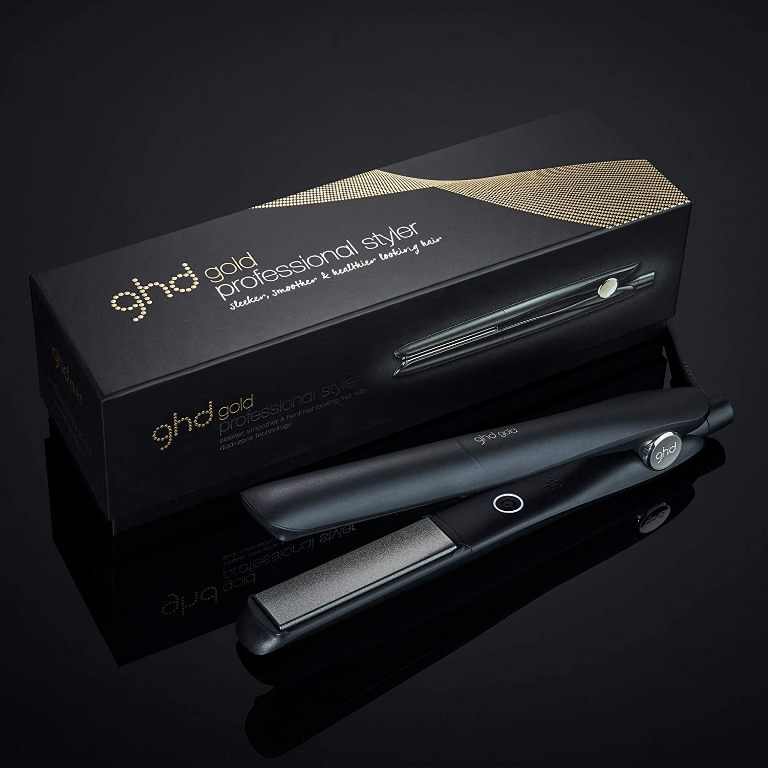 In the beginning there was GHD and GHD was good. Then came Cloud Nine and things went a little bizarre. It was not a surprise that GHD upped their game in a last stitch effort by repackaging the original classic styler with new unnecessary features and marketing it as GHD Gold. Although it did not become a total disaster owing to the supremacy of the base product the classic, the Gold Style remains arguably a phony product which the master maker was only gambling with but struck gold!

It was also no surprise that the GHD Gold series was now copying many of the features that were driving users of Cloud Nine insane with joy. Things like plastic heat guards, rounded barrels, and smoother finished plates were promptly added to the original to make it appeal to the masses.

The takeback would not have been complete if GHD would not have pitched their product a slightly lower price than the Cloud Nine Original and so they settled for ten dollars less than the competition. The Gold became a mixed success and failure but mostly enabled GHD to remain around to develop more formidable weapons to add to their ever growing artillery. They may have accomplished the goal of this quick fix and here are some good and bad consequences that we now have to deal with in the hair consumer industry. 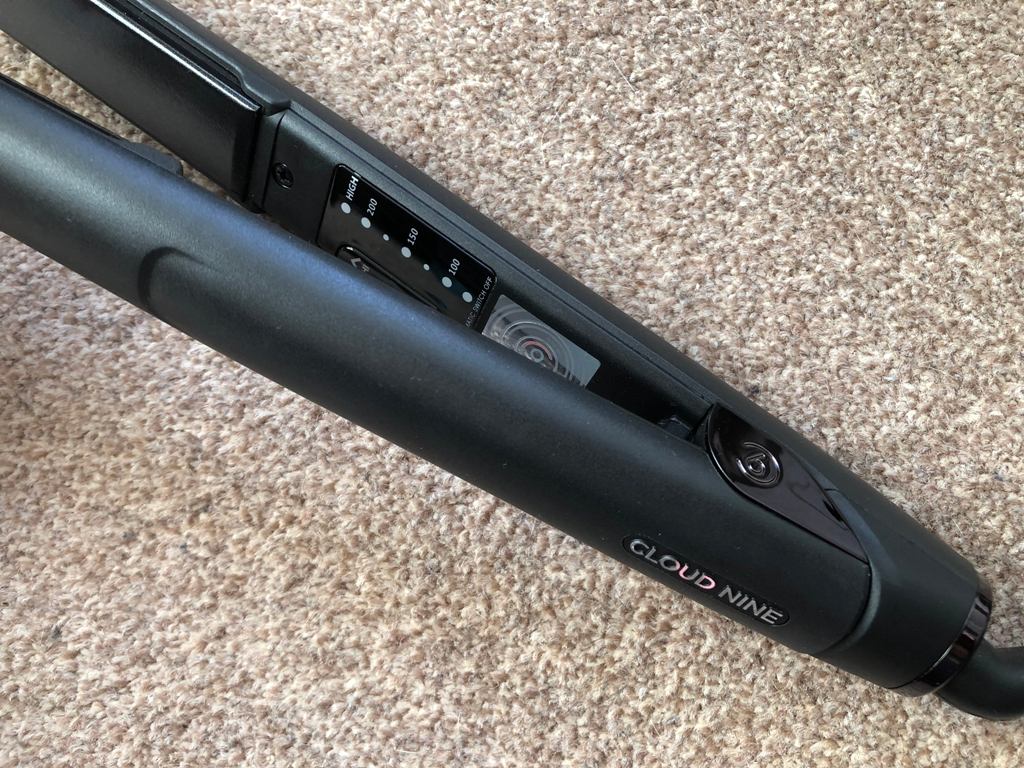 Cloud Nine made a permanent notch for itself in the top tier hair straightener arena when it arguably successfully challenged GHD for top position. This was a staunch competitor of GHD and they fielded a surprisingly authentic and unique styler never before seen in the market which gave GHD the creeps. It came with great flexibility and features compared to the GHD which has adamantly sticked to the one temperature rule. People want liberty to burn their own hair if and when they want and this gave Cloud Nine a moment of blazing fame.

The company was so bold as to place their bidding to start at $10 more than the RRP for GHD’s gold IV styler. Also, unlike GHD Cloud Nine ensured that online retailers handed down the hefty price tag without blowing it out of proportions which was not unlikely given the hype surrounding the best seller at the time.

They are more responsive and all issues are promptly and personally sorted out within hours to days of claims. They also introduced a comprehensive 2 year warranty an assurance that customers needed to boost their confidence in the brand. Here are some things we loved about the Cloud Nine original and the bits that were no so great. 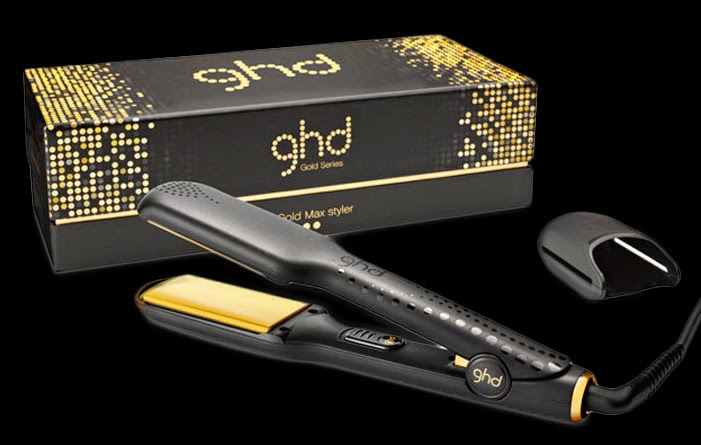 The GHD Gold and the Cloud Nine Original are both well-crafted hair tools worthy of respect. They are some of the longest serving hair tools around and we have lots of data and feedback on them. Each of them has done remarkably well in the field given the hurried releases for the sake of competition. It is when the giant tech companies battle it out that consumers finally get good innovative products for less.

A GHD will always stand out with a sleek neat design of a black frame and the Gold series flaunts that copper colored iron plating. The matte black body of the cloud nine was made to diminish the great aesthetics of GHD. Because of their simple design and desperate effort to catch up with Cloud Nine, GHD did not include too many clever innovations in their new series and could afford to offer them at much more affordable rates.

The Cloud Nine flat iron was not just a dummy to compete with GHD. It was the real deal and an epitome of modern engineering made for all hair types and with enough features and safeguards to back up the high price point. I came packed with natural mineral infusion on the plates and floating plate technology for an enhanced styling experience and results.

The adjustable temperature and extra features were their greatest tool to rival GHD products. However, despite being very costly, there is not much else that is fancy about the design of the original Cloud Nine and it can admittedly be underwhelming. 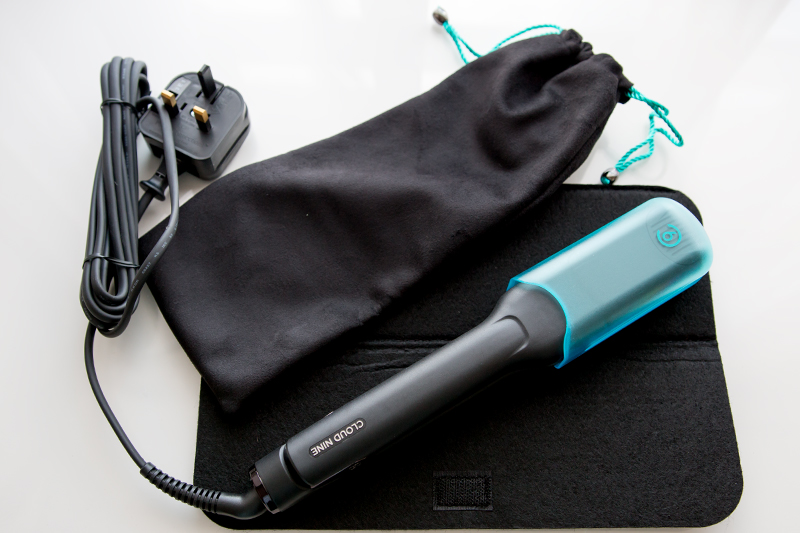 The cloud nine feels like a sturdy and tough flat iron that will give you a good grip to complete your hair in minutes. It has a firmer grip than you would get with the GHD and will feel just right even on a greasy palm. Its slim body with matter-black finish is excellent for ergonomics and beauty. Controls are tucked between the jaws and away from fingers while using the iron.

GHD gave the Gold Series smoother plates and a horde of other features to improve their performance compared to their predecessors and hoping to beat the new competition. Still we liked the curls produced by the Cloud Nines better. GHD efforts were pure marketing and Zero additional research and they packaged an old styler in a new shell rather than come up with new and exciting features worthy of recognition. 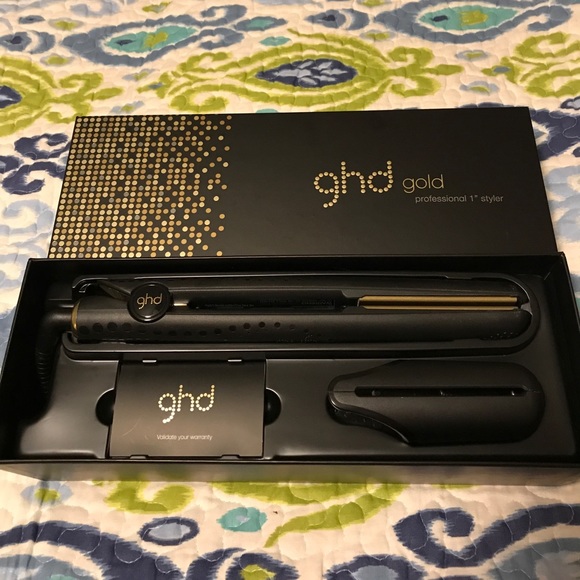 The Cloud Nine impressed the intended audience because it had all the neat and useful features in the right location. It had never before additions like plastic guards and subtle ridges on the body to help guid the correct grip and protect fingers during the operation.

The plastic shield was pretty impressive and the Cloud Nine suite is completed by a beautiful carry case to toss in your tote to go.

On the other hand, the GHD Gold styler was an effort to copy all of the good features of the former and successfully at that. They also added a curved barrel for easy curling and their new styler was able to deliver tighter and better formed curls compared to their classic.

These two straighteners are from powerhouses and they are both classics which have earned their own rite as respectable best sellers with distinguished features and performance record.  It is premium brand face-off and we clearly compared apples for apples, the challenge and the response. We reckon the Cloud Nine flare is not yet extinguished and they may still have an edge over GHD

They are not cheap but the Cloud Nine flat iron especially this original model are an excellent purchase that you will enjoy owning. The price is totally justifiable and even though they get a little hotter than GHDs they are better at both straightening and curling. You get superior quality results and the ability to tweak temperatures to meet you hair’s requirements. 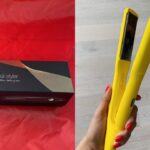 Previous Post DryBar Tress Press vs GHD Gold Flat Iron – Which one is Better?
Next Post Dyson Corrale vs Bio Ionic Graphene MX – Which One You Should Buy? 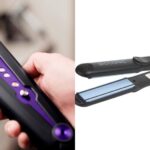 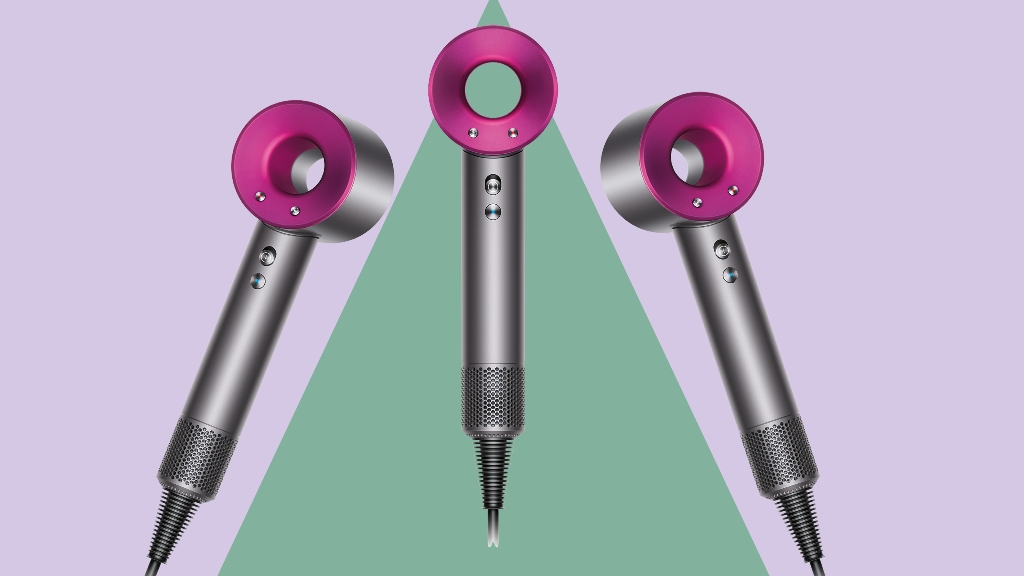 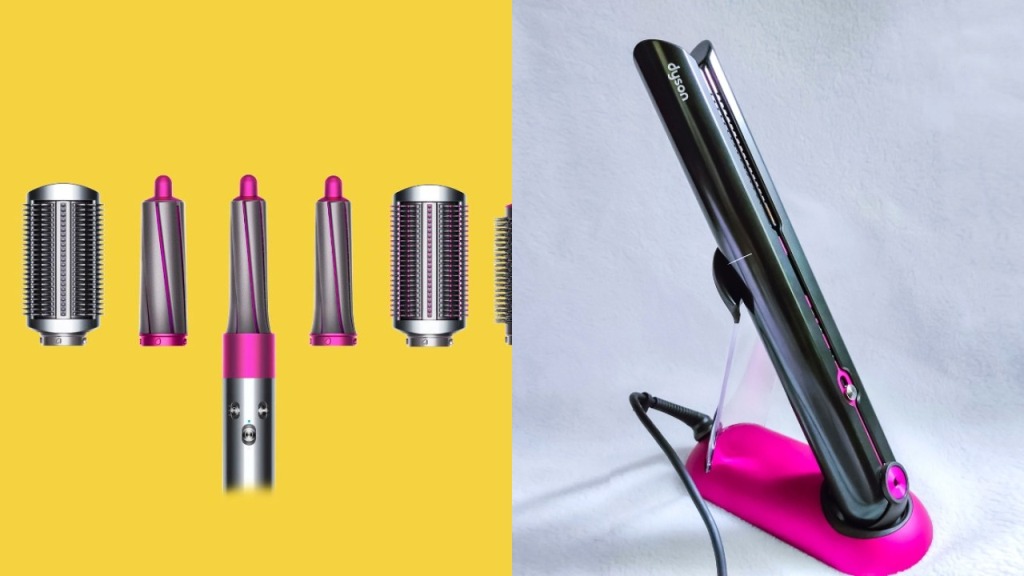 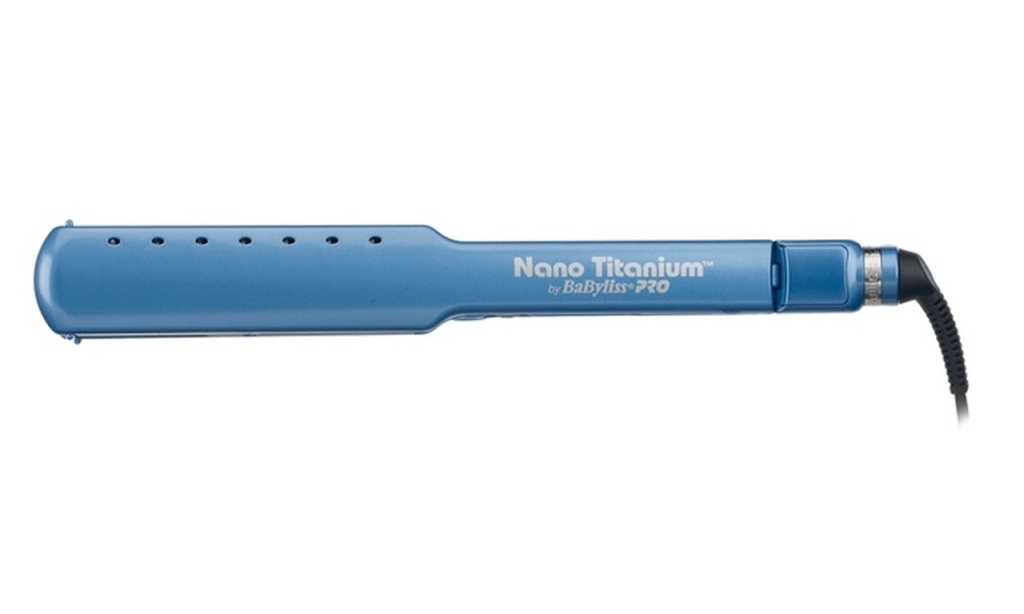